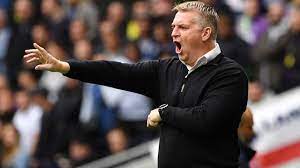 Denmark boss Kasper Hjulmand is expected to be considered as Aston Villa search for a successor to Dean Smith who was sacked on Sunday after a fifth straight Premier League defeat; CEO Christian Purslow: “We have not seen improvement in result.

Chief executive Christian Purslow says the club have opted to make a change during the next international break after “not seeing the continuous improvement in results, performances and league position” on last season.

Smith, who returned Villa to the top flight in 2019, steered them to an 11th-placed finish last season and they spent almost £90m on new players in the summer, while selling star player Jack Grealish to Manchester City for a British-record £100m.

But as the November international break approaches, Villa are 16th and just two points outside the Premier League’s bottom three following Friday’s 1-0 defeat at Southampton.

Thank you for the memories, Dean. pic.twitter.com/PfcSpncqHh

Villa have not yet settled on a favoured candidate and will conduct a thorough process to evaluate who will be their next head coach – but Hjulmand is well known to Villa sporting director and fellow Dane Johan Lange.

Hjulmand helped galvanise Denmark to a Euro 2020 semi-final against England after Christian Eriksen’s cardiac arrest in the group stage, and he is expected to be considered alongside a number of others.

Rangers boss Steven Gerrard and Southampton head coach Ralph Hasenhuttl have also been linked with the vacancy already, after Smith became the fifth Premier League manager to lose his job this season. 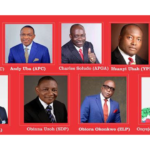 ANAMBRA GOVERNORSHIP ELECTION: Update on Coalition of results by INEC