The Police in Ogun State have arrested two women for selling a three-week-old baby to a yet-to-be-known buyer.

The baby was allegedly sold for N600,000 to an unknown buyer.

The mother of the baby, Mary Olatayo and Chioma Esther Ogbonna from Imo State, who facilitated the deal between the baby’s mother and the buyer, were arrested after the father of the boy reported the incident to the police.

Oyeyemi stated that the father of the baby told Mowe Divisional Police Headquarters that he dated Olatayo, who got pregnant, making him secure accommodation for her.

However, he complained after she delivered the baby boy, the lady suddenly disappeared with the child but she was later found in a hotel where she had gone for a hookup with another man.

All efforts by the father to know the whereabouts of the baby yielded no fruitful results. 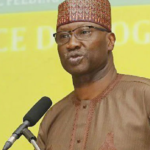 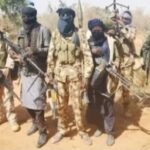 47 NIGERIAN LGAs THREATENED BY BANDITS<br>• ZAMFARA,KADUNA, SOKOTO WORST HIT<br>• ELECTIONS MAY NOT HOLD IN THESE LGAs<br>• HUSBANDS NOW GIVE WIVES AND DAUGHTERS OUT TO BANDITS FOR A WEEK IN EXCHANGE FOR PROTECTION AND ACCESS TO FARM