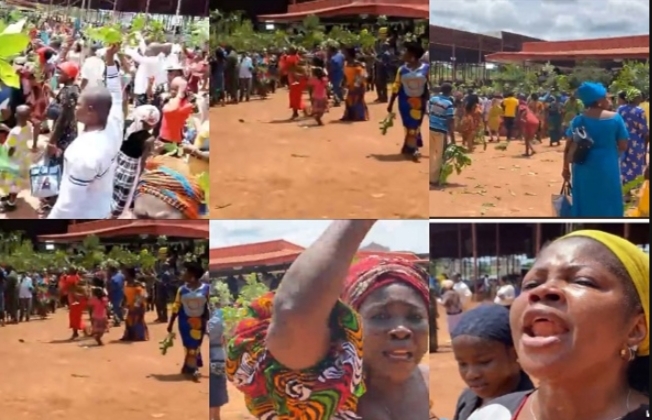 Controversial Catholic priest Rev. Fr. Ejike Mbaka is in the eyes of the storm as his followers on Sunday took to the streets of Umuchigbo in Enugu metropolis to protest the ban on the Adoration Ministry Enugu headed by the priest.

The nation newspaper reports that Bishop of Enugu Catholic Diocese, Most. Rev. Callistus Onaga on Saturday banned all priests and Catholic faithful from attending Mbaka’s Adoration Ministry following the priest’s scathing remarks on Labour Party (LP) presidential candidate, Peter Obi.Mbaka on Wednesday at his Adoration grounds said Obi would never be the President because he is a stingy man, adding the politician is cursed.The priest’s remarks drew heavy criticisms from various quarters, prompting the under fire priest to backtrack and apologise for maligning Obi and injuring his supporters.Despite that Bishop Onaga prohibited the Catholic faithful from attending his Adoration until the due canonical process initiated by the Diocese is concluded.Bishop Onaga explained the decision was based on the fact that some of the teachings and utterances of Fr Mbaka at the Catholic Adoration Ministry were not consistent with the teachings and faith of the Catholic ChurchHowever, less than 24 hours after the ban on Mbaka’s Adoration, his followers gathered on Sunday morning at the Adoration ground and started a massive protest against Bishop Onaga.The protesters, who chanted song condemned the Bishop with unprintable names. 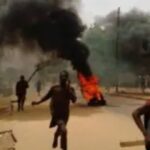