The police in Delta state have arrested a teacher with Arise and Shine Nursery and Primary School in Asaba, Delta state, Emeka Nwogbo, over the d3ath of a 19-month-old pupil simply identified as Obinna.

Nwogbo is alleged to have flogged the pupil on Monday leaving several marks of the cane on his body.

In a video shared by the mother of the victim, the victim was seen on a hospital bed receiving treatment.

“My son has not been himself since the incident, this is him on the hospital bed receiving drip after the incident in the school and up until now, the school has not called to know how he is faring or how it’s going.”the distraught mum said

The pupil who has been at the Federal Medical Centre (FMC) in Asaba receiving treatment sadly d!ed on Saturday, February 12.

Confirming the incident and the death of the pupil, the spokesperson of the Delta state police command, DSP Edafe Bright, said;

“Yes, it’s true. The pupil d!ed yesterday (Saturday) morning. We have arrested the teacher. He’s currently in our custody and the investigation into the matter continues. He would be charged to court as soon as possible”

This incident comes days after a 2-year-old pupil in Lagos was given 24 strokes of the cane for failing to recite the alphabet. 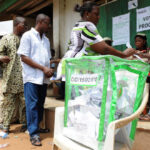 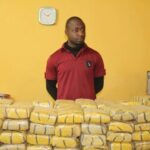 Soldier Arrested With 81 Parcels of Cannabis and Charms in Bauchi