Blame FIFA, not NFF, for Falconets ordeal in Istanbul 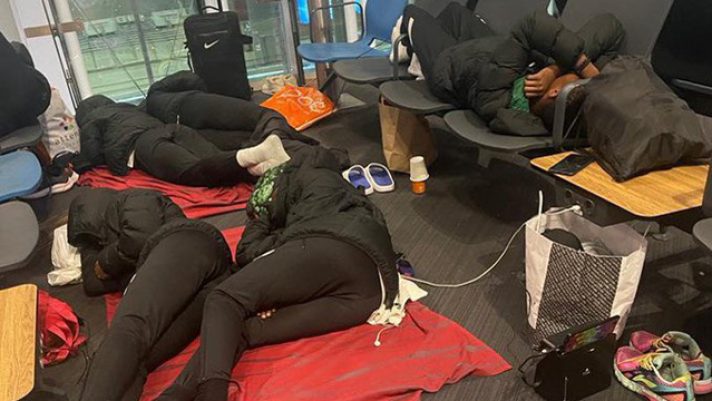 The Nigeria Football Federation (NFF), yesterday, absolved itself and the Federal Government from blame over the ordeal suffered by the women U-20 national team, Falconets, who were forced to sleep on the bare floor of Istanbul Airport after missing their connecting flight from Turkey to Abuja.

The Falconets, who were eliminated from the ongoing FIFA U-20 Women World Cup by The Netherlands at the weekend, were supposed to return to Nigeria on a Turkish Airline flight from Costa Rica on Monday.

The players’ ordeal came to the fore, yesterday when pictures of the girls lying on benches and on the floor at the Istanbul Airport flooded social media.Earlier, sources close to the team had accused the NFF of failing to provide basic kits with the Falconets needed for the competition, saying the players were given only three sets of green home wear and two sets of white away wear for a competition that would last three weeks.

He said this forced the players to wash their jerseys by hand after every game and also stopped them from exchanging jerseys with their opponents after each game.

The source added that the girls did not get the official footwear and were also forced to buy their own footwear despite the fact that the Federation has an existing kitting deal with an international sportswear manufacturing outfit.Reacting to the incident, yesterday, the NFF in a statement by its Media Director, Ademola Olajire, explained that a number of factors, including the inability to secure transit visas for players and officials of the team at the Istanbul Airport, led to the team having to stay 24 hours at the airport in Turkey.

“The NFF did not book the team’s tickets from Costa Rica; FIFA did. FIFA also did not envisage the hitches that saw the team delayed for more than three hours in Bogota, and another one hour in Panama. By the time the team got to Istanbul, the flight to Abuja had left.

“Our officials pleaded for compassionate transit visas so as to take the players and officials to a hotel inside the town, but this was not possible as they were informed that Nigeria had been removed from the list of countries whose citizens were issued visa-on-arrival in Turkey.

“The airline then took the team to a sleeping area at the airport and gave them tickets to have meals every five hours.

“This situation has nothing to do with NFF, who had made arrangements to receive the team in Abuja before the complications in travel arrangements,” NFF General Secretary, Dr Mohammed Sanusi, explained.

The statement recalled that the NFF had, without success, implored FIFA to intervene with the Embassy of Germany to issue the team transit visas before their departure from Nigeria, for the team to be able to travel through Germany.

On the issue of body wear, Sanusi said: “The players were handed three sets of green jerseys and two sets of white jerseys, several house-wear types and training jerseys. The players opted to wash only their jersey top (no other stuff) because when the first set of body wear was sent to the laundry people at the hotel, it returned with some FIFA and NFF badges at the front and names at the back peeled by the machine.” 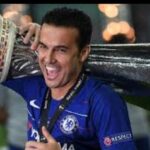