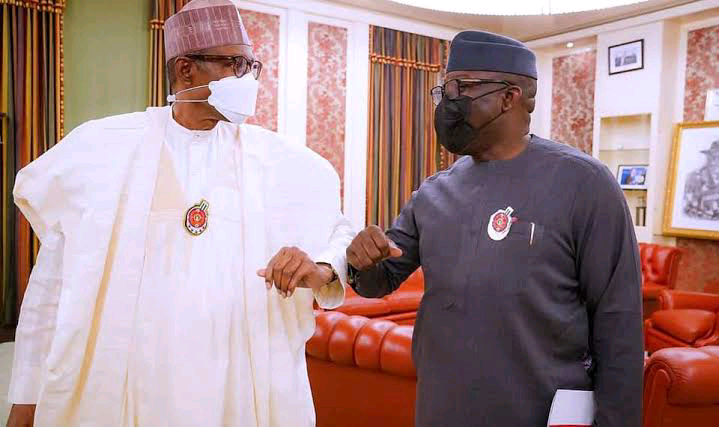 Ekiti State Governor, Kayode Fayemi, has claimed that President Muhammadu Buhari had on several occasions told him the role he expects him to play after the expiration of his tenure as Nigeria’s president on May 29, 2023.⁣

This revelation is coming hours after Fayemi joined the long list of aspirants who has declared their intention to run for presidency on the platform of the All Progressives Congress (APC).⁣
⁣
During his declaration speech, the governor pledged to “retool the Armed Forces and security agencies,” adding that if elected, his administration would “adhere to the highest standards of decorum and decency.”⁣
⁣
When asked if he has consulted with the president regarding his presidential ambition, Fayemi said “I’ve had conversations with the president.”⁣
⁣
When asked if he told Buhari point blank that he would like to be the next president, the Ekiti Governor said, “For me, the president is a father figure for me, so I’ve had a range of conversations with the president.⁣
⁣
⁣”It’s not necessarily the case that those conversations can be made public. But, at all times, we’ve discussed transition, and the role that he’d expect people like me to play in the transition after his exit from office.”⁣
⁣
Fayemi will jostle for the APC presidential ticket with the National Leader of the party, Asiwaju Bola Tinubu, Vice President Yemi Osinbajo, Ministers, Rotimi Amaechi, Emeka Nwajiuba, Godswill Akpabio, and Chris Ngige.⁣
⁣
Other aspirants include the Ebonyi state governor, Dave Umahi, Yahaya Bello of Kogi state, former Governors of Abia and Ogun states, Orji Uzor Kalu and Ibikunle Amosun.⁣
⁣
Former Chairman of the party, Adams Oshiomhole and Jigawa state Governor, Mohammed Badaru have also joined the race to succeed Buhari. 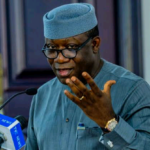 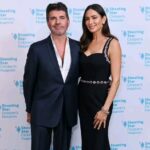 Simon Cowell 62, set to tie the knot with his fiancee Lauren Silverman, 44