A preliminary report by the Centre for Democracy and Development (CDD) on Saturday’s governorship election in Anambra has alleged widespread vote-buying by political parties across the state.

Speaking at a news conference in Abuja, CDD Director of Research, Sa’eed Usaini claimed that most of the electoral crimes were committed with security operatives looking the other way.

“We have also noted widespread incidences of vote-buying that will likely negatively impact the credibility of the election result,” he said.

“CDD observers reported numerous not so discreet cases of ‘see and buy’ in polling units across the 21 LGAs of the state.

“In many reported cases, police officers have been alleged to have looked the other way likely as a result of having themselves been compromised.”

Usaini also noted that there were reports of the Bimodal Voter Accreditation System (BVAS) failing across numerous polling units in the state, noting that the repeated occurrence threatens the quality of the election outcome.

In several incidences, the CDD Director said the BVAS failed to recognise voters’ faces and fingerprints, and those affected were asked to wait until the challenge was resolved.

This is even as he noted that CDD observers reported malfunctioning of the BVAS in Ayamelum Local Government Area with three polling units affected.

According to him, INEC resorted to the use of manual methods of accreditation and voting in some polling units in Akwa South, Awka North, Idemili North, Idemili South, and Anambra West local government areas of the state. 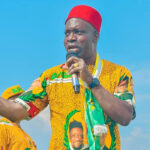 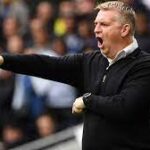