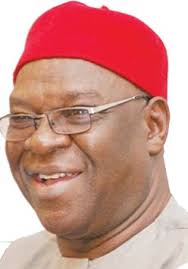 Two-time Minister for Finance, Kalu Idika Kalu, has disagreed with Shiekh Ahmad Gumi over his comment on the presidential candidate of the Labour Party, Peter Obi, and the agitation for Biafra.

Gumi had in a post, said that the emergence of Obi had slowed down the agitation for Biafra by IPOB members, claiming that the ‘noise’ about Biafran is all about South East clinching the presidency.

But in an exclusive interview with Vanguard, Kalu, said that Obi’s background and upbringing had nothing to suggest what Gumi was insinuating.

He advised the Muslim cleric not to link Obi with any self determination agitation probably to de-market him.

Kalu argued that Obi’s objective was to build more equitable economy that would take Nigeria out of the woods.

” I know Obi very well. He has worked with people from all parts of the country. His objective is to build a robust economy for the country.”

The former Minister further reminded Gumi that IPOB had already denied any ties with Obi, wondering why he will be making unnecessary political capital out of Obi’s ambition.

Kalu further argued that instead of making remarks that could worsen the tension in the land, Nigerians should rather appreciate God for pulling the country back from the brinks.

He said that few months ago, the country was headed for the precipice until God suddenly intervened ” such that today we are talking of 2023 election”.

” We should appreciate God for the miracle of saving us from crash. We were headed for destruction and he suddenly pulled us back. We should ask questions.”

He advised Nigerians to properly assess the presidential flag bearers and make informed choice based on their capacity and antecedents.

The former Minister argued that Nigerians now have common problem and need somebody who would navigate the country out of the jungle.

According to him, the issues of insecurity, hunger, poor infrastructure, lack of job, etc are common among Nigerians of every tribe and religion, and the people need somebody with solution irrespective of his tribe.

Idika noted that he knew the candidates of the major parties but advised Nigerians to choose wisely based on competence.

” I know Peter Obi, I know Atiku Abubakar who was in the Customs when I was the Minister for Finance; I also know Bola Tinubu who I chaired his book launch.

” But I want Nigerians to vote based on competence.”

He renewed the call to restructure the country to make it workable and more united.

Idika Kalu argued that there was nothing wrong with restructuring Nigeria in the interest of all.

” There is nothing sacrosanct about constitution. We need to restructure towards more effective and perfect union.

” If people are complaining that the Constitution is no longer workable. What is wrong if the people come together to discuss and agree on the way forward?” 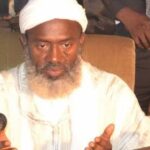