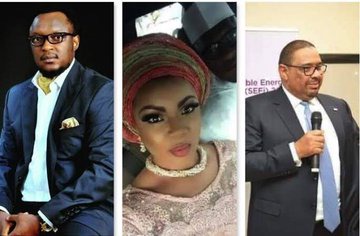 It is no longer a news that a Nigerian man identified as, Tunde Thomas passed away after his wife told him that he is not the biological father of his two kids.

It was reported that Tunde’s wife, Moyo Thomas was said to be having a secret affair with her boss, the managing director of the FCMB bank, Adam Nuha which resulted to her two kids.

However, Moyo Thomas has spoken on the incident that was alleged to have led to the death of her husband, Tunde Thomas.

Moyo response, authored by her family, however, did not state the involvement of her former boss in FCMB in the saga.

She, however said in a statement, that her two kids belongs to her husband and that they were not legally divorced before her husband’s death despite that fact that she relocated to the United States of America.

According to Adetunji Iromini who stands on behalf of the family said: “Tunde is the biological father of the two kids and Moyo never in any way told him he was not the father of her kids. Moyo and Tunde clearly work to ensure the misunderstanding they had did not affect the relationship they respectively have with the two kids”.

He further revealed that, “Tunde visited the children in June 2018, were he interacted with the kids unhindered, and this was after his recovery from the stroke he had earlier that year, he was always in touch with the kids even at odd hours at least twice every month from December 2017”.

“The last call from him was on Thanksgiving day on the 26th of November 2020. One will agree that this does not paint the picture of man who had been told he was not the biological father of his children as was maliciously stated in the petition and has being circulating on different social media platforms”.

He further revealed, “It is very sad the way many people (Nigerians) have decided to take the difference between a married couple and misrepresent it into a sensational story. It is unfair to have the pictures of late Tunde’s kids splashed all over the internet”.

It is always worth listening to or trying to understand both opposing perspectives of a given situation.

Scripture says: “Any story sounds true until someone tells the other side and sets the record straight.” (Proverbs 18:17 TLB) One of the reasons this proverb is in the Bible is because the Lord knows that there will be times when we will hear only one side of the story, and we will still be expected to respond somehow. 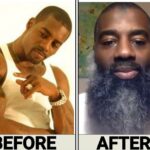 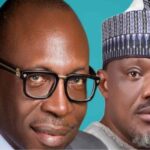 Breaking: Court nullified the Candidacy of Governorship and Deputy-Governorship Candidates of the APC