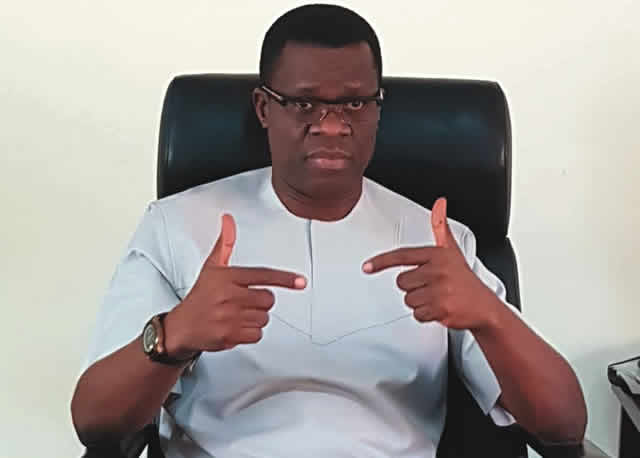 According to a letter from Igini’s counsel, Clement Onwuenwunor & Co, made available to Vanguard, the move was necessitated after a press release on 29th August 2020, aired on Channels Television, AIT, Arise Television, TVC and several other news media platforms, Imuse accused the Edo State Governor, Godwin Obaseki of conniving with Igini to rig the forthcoming 19th September, 2020 gubernatorial election.

We act as Legal Practitioners for Honourable Mike Igini (hereinafter referred to as our client) and on whose behalf we write this protest and demand letter to you.

In a Press Conference you addressed on 29th August, 2020 and aired/broadcast on Channels Television, AIT, Arise Television, TVC and several other news media platforms, you read and maliciously published to the whole World about our Client as follows:

Good day gentlemen of the press Our mission today is to alert you and the people of Edo State to the relatively new and dangerous dimensions of the elaborate and state-sponsored plot by Mr Godwin Oboseki, and his party of tax-collectors, the PDP, to rig the September 19 Governorship election.

More concerning, it has also sparked relentless and well-funded plot to infiltrate the Independent National Electoral Commission (INEC) where they hope to swap the will of the people, freely expressed at the poWng units, with their own pre-written scripts and illegal ballots. On Thursday, the 27th of August, we received reliable information on a secret meeting between Mr. Mike Igini, INEC’s Resident Electoral Commissioner (Akwa Ibom State) and Governor Godwin Obaseki.

Around 3am, Mr Mike Igini was seen driving into the private residence of Governor Godwin Obaseki in the company of two other known allies of the Governor, one of whom was identified as Mr. Anselm Ojezua.

At the meeting, Mr Mike tgini, Governor Godwin Obaseki, and other top PDP allies designed and examined ways and strategies to rig the outcome of the September 19 Governorship election with an exclusive focus on the production of fake ballots and the inducement of recruited INEC ad-hoc staff to aid the success of the rigging plans.

Mr Mike Igini, and the other associates of the Governor, left the meeting held in the Governor’s private residence with sacks of money which, undoubtedly, was illegally sourced from the state’s treasury as bribes for their cooperation and participation in the criminal attempt and plans to subvert the election and undermine the will of the people. Already, before the meeting, we have received numerous information, backed with proof, on Mr Mike Igini’s illegal conscription of youth corp members who will be playing vital roles in the conduct of the election as ad-hoc staff.

Some of the corp members have volunteered information on how they were contacted by Mr Mike Igini and offered deals to help the PDP at the polls in exchange for cash benefits. Mr Mike Igini was quoted by them to have personally assured safety and protection against any prosecution if they accept the offer to rig the election in favour of the PDP and Governor Godwin Obaseki.

We have also obtained pictures of Mr Mike Igini at Protea Hotel where visiting National Commissioners were lodged apparently running the errands of Governor Godwin Obaseki and the PDP.

He was overheard at the hotel discussing the Edo Governorship election and the recruitment of ad-hoc staff. We dare Mr Mike Igini to deny his presence at this hotel and we shall immediately supply pictorial evidence to the press and members of the public. It must be said that Governor Godwin obaseki’s lack of scruples and unhinged desperation to buy and shoot his way to another term in office is neither surprising nor a new fact to us and other members of the pubitc who have been paying attention.

However, we remain shocked that a senior INEC officer ltke Mr Mike Igini who is expected to understand the sensitive and the sacred role of INEC in the sustenance of democracy, and why the electoral body must be above reproach of any kind, chose to sacrifice and puncture the integrity of the commission by lending himself to a criminal plot to save a sinking politician.

We wish to state clearly to the pubUc and INEC that Mr Mike Igini has, by his actions, declared himself an obstacle to a free and fair election in Edo State. What we must now collectively do is to remove this obstacle so that the people of Edo State are not made victims of dayUght robbery by conscienceless men Uke Mr. Mike Igini whose soul has been purchased with ill-gotten wealth.

INEC must protect its integrity and that of the Edo election by taking immediate action to purge itself of unethical and corrupt elements like Mr Mike Igin. We also recommend that the electoral body commence an immediate self-cleansing exercise to curtaii the outbreak of the corruption virus planted by the likes of Mr Mike Igini who after receiving bags of cash from Mr Godwin Obaseki are now using inside information on the electoral body’s result collation process to the PDP to aid its rigging plans.” Again, on page 5 of Sunday Tribune of 30th August, 2020, you further published about our Client as follows: “APC accuses Akwa Ibom REC, Igini of meeting Obaseki secretly. The Edo State factional chairman of the All Progressive Congress, (APC), Col. David Imuse (retd) has accused the People’s Democratic Party (PDP) of holding meeting at a hotel, the Edo State capital of Benin City with Mr Mike Igini, the Resident Electoral Commissioner (REC) in Akwa Ibom State to perfect plans to rig the forthcoming governorship election in the State.

The Chairman said that the APC was aware that the PDP and its candidate, Governor Godwin obaseki have been holding series of meetings with top INEC officials to rig the election which comes up on September 19. The party chairman said that he has it on good authority that Igini had been giving out information on the result collation process to the PDP.

In view of these developments, Imuse called on the Commission to “commence an immediate self-cleansing exercise to curtail the outbreak of the corruption virus planted by the likes of Mr Mike Igini” Not yet satisfied, you again on page 27 of Sunday Sun of 30th August, 2020 wrote about our Client under the screaming headline “INEC REC, Igini, plotting with Obaseki to rig election – APC” as follows: “The State Chairman of the APC, Col David 1muse (rtd) made the allegation while addressing the journalists at Auchi in Etsako West Local Government Area of the State.

He said: “On Thursday, the 27th of August, we received reliable information on a secret meeting between Mr. Mike Igini, INEC’s Resident Electoral Commissioner (Akwa Ibom State) and Governor Godwin Obaseki. Around 3am, Mr Mike Igini was seen driving into the private residence of Governor Godwin Obaseki in the company of two other known allies of the Governor, one of whom was identified as Mr. Anselm Ojezua. At the meeting, Mr Mike lgini, Governor Godwin Obaseki, and other top PDP allies designed and examined ways and strategies to rig the outcome of the September 19 Governorship election with an exclusive focus on the production of fake ballots and the inducement of recruited INEC ad-hoc staff to aid the success of the rigging plans.”

The above malicious accusations contained in your Press Conference have, ever since, been given unprecedented publicity and they constitute the most wicked attack on the towering image of our client, who over the years, has earned a deserved reputation in Nigeria and internationally as a forthright electoral umpire.

Your said Press Conference and publications under reference were hellish conjectures from the spiral imaginations of mischief makers who neither have the fear of God nor regard for men of probity in their misguided foray in a general election for ephemeral political power.

As characteristic of unrepentant blackmailers, you threw caution to the wind, and in your frenzied efforts to disparage our Client without checking your facts, you did not know (and will be shocked to know) that our Client has not met Governor Godwin Obaseki since his inauguration in 2016 as Governor of Edo State till date and has no idea of how or where the Governor’s private residence is situate in Benin City or can engage in a nocturnal meeting in an unknown residence as published.

Asa free citizen, our Client was attending a burial ceremony in his home State of Delta and stopped over at Protea Hotel on 24th August, 2020 for refreshments in company of two other colleagues and on their way out ran into his National Commissioner, Hon Mrs May Agbamuche and it was impossible, rude and insubordinate  for our Client not to have exchanged pleasantries with her before proceeding to Delta State.

Our Client did not and could not have discussed manipulating the Edo Governorship Election or bribing his National Commissioner (the very things he stands against) without grievous repercussions.

We shall hold you to your words at the appropriate forum. Consequently, we have been instructed by our Client to demand from you a retraction of the defamatory statements and an apology to be broadcast on Channels Television, AIT, Arise Television, TVC and to also be published on a full page in the Punch Newspapers, Guardian Newspapers, Vanguard Newspapers, Tribune Newspapers and Sunday Sun Newspapers within FORTY-EIGHT (48) HOURS from the receipt of this letter.

We also demand the modest sum of N1 billion from you as damages for the said defamatory statements.

AKE NOTICE that if you fail, refuse and or neglect to comply with the above demand within the stated  period, we shall have no other  option  than to perfect our Client’s standing instructions against you. TAKE THIS AS A PRE-LITIGATION LETTER. 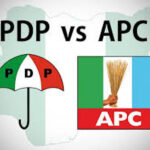 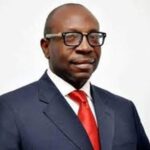