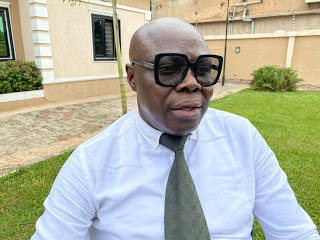 The president of one love foundation and a social crusader, Chief Patrick Eholor have vowed never to support any political aspirants, candidate that will not propel the state toward achieving pure dividends of democracy. Just as he opined that politics should not suffer on the alter of tribalism and religion.
He said Nigeria as a nation ought to have grown beyond frivolous support of queuing behind a candidate on the basis of tribe and religion.
According to him, ‘As a social crusader, you don’t expect me to believe such petty and pointless talk from people who continue to subject my people to all kinds of vicious treatment, I can only support qualities that come with good values whether the person is a Benin man or not.
‘I can never support anyone who is not ready to give my people the desired change, my people need pure dividends of democracy.
‘I have been fighting a particular cause for some time now as it relates to acceptance fees paid by our children who desire tertiary education. That money they call acceptance fees is ludicrous, so it is a fight to the finish.
On the issues bothering on Edo 2020 election between Gov Obaseki and his benefactor, he alleged that the governor couldn’t have won a councillorship seat let alone being a governor if not for Oshiomhole who told Edo people that Obaseki was the engine room of his government for eight year.
‘Just go and check the front page of  June 13th nation newspaper, they outlined his sins. Politics is Politics everywhere, there are provisions to service political stewarts, people want to get returns in exchange for support as owners of political party, it is done everywhere, even in America, is it not a crime. He has continued to call members of his political party unprinted names saying they were angry all because he refuse to share the state resources. But he has also refuse to give the names of those who requested for such, as we speak he has not been able to mention any name.
The one love foundation president liken everything that has happened in the past one year to selfishness and pride on the part of the governor, ‘in reality, is very clear to him now that he maybe a one term Governor. The secretary to the state government and his deputy mismanage the governor, he could never have succeeded with the two people’
‘Oshiomhole know how to carry the people along, he listened to cry and advise from his people, when he was going to sell Edo house in Lagos, I mobilized people from here down to Lagos, we stooped that action through placard and he quickly called for a town hall meeting. What I want is good governance. My agitation is gear towards liberating my people from economic and meter slavery.
‘I hear people say Benin is not Lagos, naturally, these two states are related, they have something in common. As activist and a man of peace, I wrote to Obaseki all because I wanted to see how I can settle him and his benefactor but he refuse.
The Binis support themselves, don’t believe the rumor from few saying otherwise, is all baseless allegation, Ize-iyamu, Odubu and Osaro are they from Kaduna or Kano state. Pius Odubu for instance is over qualify to govern the state, same as other who were cleared by their political party. Although I don’t know the secret of what happened between Obaseki and Oshiomhole. But they know how and where they meant themselves.
‘The next governor that will come after him will also surpass him, just like some survey said he (Obaseki) surpassed his predecessor (Oshiomhole) in infrastructure. Edo is peaceful and will remain peaceful before, during and after June 22 and September 19 this year.
‘Edo belongs to all of us not a one man show, APC want to avoid Bayelsa experience looking at the discrepancies on the name on certificate together with what they call anti party activities Chief Eholor added. 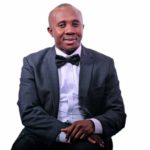 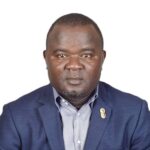