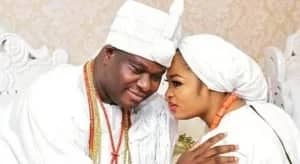 The Ooni of Ife Oba Adeyeye Ogunwusi on Friday said news reports circulating about his purported separation from his wife are jokes.

Recall that an online media, Politics Nigeria had reported on Thursday that Olori Silekunola Naomi announced through her social media handles that her marriage to Ogunwusi has ended.

Oba Ogunwusis first marriage with Adebukola Bombata in 2008 lasted for about 8year before their union hit the rocks.

The influential monarch moved to the ancient Benin Kingdom, where he married a lady Zainab Otiti Obanor in March 2016.

The marriage lasted just one year after Zainab filed and got divorced in 2017.

After giving birth to a son in the three-year-old marriage, the queen asked the public not to refer to her as the wife of Ooni of Ife.

But speaking to BBC News Yoruba in an interview published on Friday evening, Ooni said, many of those circulating that news are jokers.

The last may not have been heard on purported marriage break between the Ooni of Ife and his estranged wife. 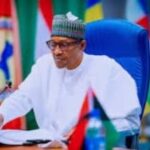 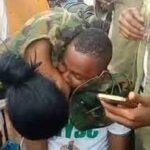