A 12-year-old student, Sylvester Oromoni of Dowen College, Lagos has died after allegedly being tortured by fellow students for refusing to join their cult group in school.

On Wednesday, the late Master Oromoni’s ‘cousin’- Perrison Oromoni, had taken to social media to call out the names of some students of the school whom he accused of being responsible for the harassment and the eventual death of the junior secondary school student.

Mr. Oromoni took to his Twitter handle @Perrisonoromoni to narrate how his late cousin was allegedly battered on Friday, November 26 at the school before he eventually died on Tuesday, November 3.

He said a series of tests and X-rays conducted on him showed that he sustained internal injuries from beatings he received from the students.

The accuser listed some students (names withheld) whom he accused of ‘mistreating’ the late student’ over his refusal to join an unnamed cult group.
Explaining further on social media, Mr Oromoni said the Dowen School management then called Sylvester’s father, Sylvester Oromoni, telling them that his son sustained injuries while playing football at the school.

Meanwhile, a statement that also went viral on social media on Wednesday, and which was allegedly signed by the school principal, Adebisi Layiwola, expressed surprise at the allegation.

The statement reads in part; “On the 21st day of November 2021, one of the Hostel Parents reported to the management that the young boy was injured while playing football. The resident registered nurse immediately administered first aid on him and after he expressed relief, was released to return to his hostel room.

“He was in class on Monday 22nd day of November 2021, but during school hours one of his friends accompanied him to the Sick Bay where he complained of some pain in his hip. The doctor examined him and prescribed Ibuprofen for the pain, while the nurse massaged his leg, after which he felt a bit better.”

The statement claims that in accordance with the school’s policy, “the resident doctor called the deceased’s mother reporting the incident and requesting that she should come for him so that he could get further medical attention”.

“The mother, however, said she was not in Lagos while she spoke and prayed with him on the phone and promised to send the guardian to pick him up immediately for further medical attention.

“When the guardian failed to show up, the next day on the 23rd of November 2021, the doctor called the mother again and this time, she assured that his guardian would pick him from school.”

According to the school, “the guardian later showed up and took the deceased for X-ray, the result of which it said revealed that no part of the boy’s body was broken or injured”.

Mrs Layiwola reportedly “it was therefore with a rude shock that it received the news of the student’s death and the accompanying allegations”.

“We immediately commenced investigations and invited the students allegedly mentioned for an interview. His guardian was also present during the interviews, which revealed that nothing of such happened,” the statement said.

Meanwhile, on Friday, TheCable newspaper reported the harrowing experiences of the bereaved parents, and the petition addressed by the parents to the Lagos State police command and a plan to send another to the Force Headquarters in Abuja.

According to the newspaper, the parents eventually transferred their deceased son to Delta State where a series of tests conducted and ”last-minute open confessions” by the deceased allegedly confirmed that he was molested and violently abused by five senior students in the school.

According to the newspaper, the bereaved father, Mr Oromoni, said his son suffered liver enlargement due to congealed blood.

“He said, before he could make a return trip to Warri towards facilitating Junior’s transfer to the teaching hospital, the boy drew what became his last breath. It was also claimed that Junior was fed a liquid substance described as “a chemical” for refusing to join the group,” the newspaper reported.

It further quoted the father as saying; “My son suffered. His birthday is next tomorrow (Dec 4). I’ll celebrate it. I’ll have a cake baked. I’ll cut it on his behalf. The boys they mentioned were also reported to the school last term when they bullied Junior and collected all his foodstuff; clothes. I have two daughters, one of whom graduated earlier. I had to remove the second after this incident. They asked this boy to describe the sister’s privates and this got to us…

“Junior said, ‘mummy, I didn’t play ball; I didn’t fall.’ He jumped off his hostel bed. They kicked him, matched (marched on) his waist. Other students ran off. They threatened to kill them all if they spoke a word to the school staff. They warned Junior to say he sustained injuries while playing ball. They threatened him. If you ask the roommate, they’d all lie. They matched his ribs and waist. All that pain for a 12-year-old.” 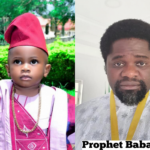 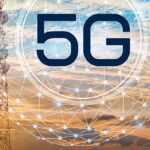