AHEAD of the National Convention of the party, Edo state chapter of the Peoples Democratic Party (PDP) Tuesday called on Nigerians to join the party to remove President Muhammadu Buhari and the All Progressives Congress (APC) led federal government come 2023.

Addressing a press conference at the party’s state secretariat in Benin City, State Publicity Secretary of the party, Chris Nehikhare said President Buhari and the APC have failed the country just as he said the PDP in the state is intact contrary to insinuations that all was not well just as he unveiled Timothy Osadolor as the Deputy National Youth Leader nominee of the party ahead of the convention. He also debunked allegations that Osadolor is not a member of the PDP.

He said: “We need to save Nigeria from the bad governance being imposed on us by the APC government and the first step we are taking is to elect a new executive. The PDP umbrella is big enough to accommodate all manner of people.

“Our plan is to have a country where there is security, the economy is vibrant, health is affordable and education is the key to bring sustainable development and we have been very disappointed about the government of Muhammadu Buhari and the APC in the last four years where all the indices have actually gone negative; security is worse. When he took over in 2015 there was insecurity in one region of the country but in 2021, there is insecurity in all six geo-political zones of the country.

“Now, Nigerians have to come and join PDP to rescue this country from the grip of not just President Buhari who for the first time since 2003 will not be contesting and we are going to have two fresh candidates in both political parties. PDP is here to rescue Nigeria and we want all Nigerians to join hands as we approach this because doing nothing changes nothing”

On the zone deputy national youth leader, Nehikhare said “We have Timothy Osadolor as our candidate who has been with the party and campaigned with the governor throughout the 192 wards during his re-election in 2020.” 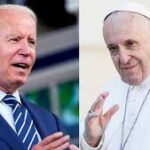