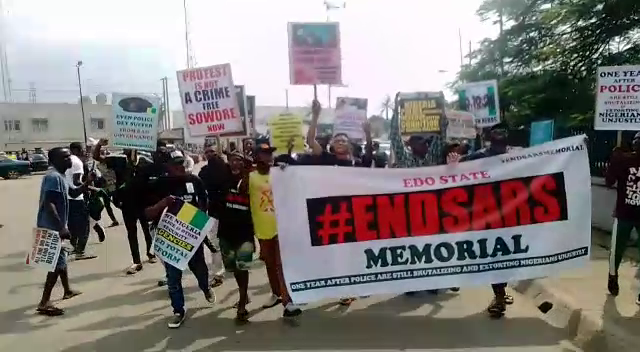 Some youths on Wednesday held a memorial procession across the country to mark the one-year anniversary of the #EndSARS protests and to honour victims of police brutality. 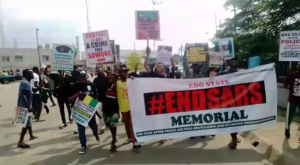 The procession started in Lagos, the commercial capital city with a drive-through procession. Youths drove through the Lekki toll gate blaring horns of their vehicles and waving the Nigerian flag.

In Abuja, Youths gathered at the Unity Fountain and marched across some of the major streets in the nation’s capital.

From the Unity Fountain, the youths marched towards the National Assembly but they were intercepted by a team of security operatives.

In Edo State, youths gathered around the national museum in Benin City, the Edo State capital in commemoration of the one year anniversary of the #EndSARS protest.

They demanded that the recommendations of the Edo Judicial Panel of Inquiry on police brutality and related issues be implemented.

Some of the victims of police brutality were also at the memorial including those allegedly shot during the protest last year.

Two young men said they were shot by security operatives during the Endsars protest in Ekpoma and Auchi, in October 2020. They appealed to relevant authorities for justice and support that would help them return to a normal life.

One of the victims, Steven Ohimai said his leg was amputated following the shooting incident while the other, Miracle Ailenokhuoria said he was shot in the hip and is still undergoing treatment.

Processions were also held in the southwest region of the country. In Ibadan, the Oyo State capital, youths carrying placards gathered at the entrance of the government secretariat in Agodi. 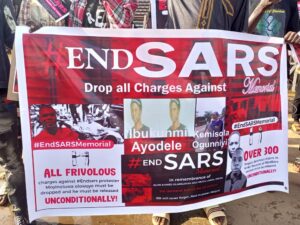 They marched from Iwo road interchange and proceeded through the main road to Idi Ape, Gate, and reached the government secretariat.

Security operatives monitored the protesters to prevent the breakdown of law and order and miscreants from taking over the procession.

Youths in Osogbo under the umbrella body of Osun Civil Society Movement organised a public lecture while others marched through the streets.

The procession took off around 12 pm at Ita Olokan Area as the youths marched through Station Road. They ended up at Freedom Park, Osogbo where they gathered and chanted songs of solidarity demanding an end to police brutality and demanding for good governance. 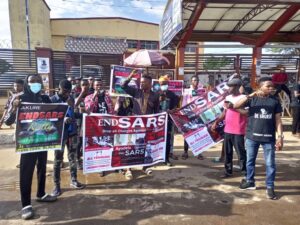 The situation was different in Enugu as protesters were not allowed to gather for the memorial at the Michael Okpara square.

The gate to the venue of the planned procession was locked and journalists were restricted from the venue.

The security operatives on joint patrol were positioned in the area while others were seen patrolling the city. 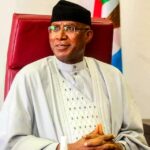 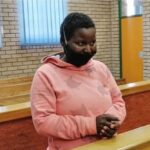