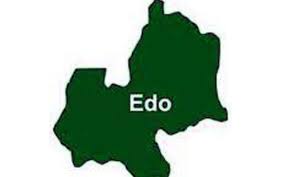 Operatives of the Edo State Police Command have arrested a man identified as Igboje Victor, for allegedly taking part in the killing of his cousin brother during a rival cult fight.

Igboje was among the 54 suspects paraded by the Edo State Police Commissioner, Philip Aliyu Ogbadu, for involving in various crimes in the state.

According to the commissioner, the suspects were arrested for armed robbery, kidnapping, murder, cultism, rape among others.

In an interview with Daily Trust, Igboje denied involvement in the killing.

“I was not involved in the killing of my brother but was arrested because I am a member of Eiye cult group while my late brother is in Aiye group.

“In our community, we used to sell Indian Hemp to make money but the Aiye group used the drug business to arrest Eiye members through the police”.

“The leader of both groups scheduled a meeting at night to resolve the issue,” he said.

“The brother of the deceased, who is a military officer, said they should go and bury the boy because of his mother”

“After the burial, I went to the neighbouring community to buy food but when I returned, I learnt that Eiye members had gone to attack an Aiye member who happened to be my cousin and he died as a result of the injury he sustained.”

He said he was not among the group that attacked his brother, adding “because we belong to rival cult groups, they said I was the one that killed him and I was arrested by police alongside others.

“I was not even there when my brother was attacked. I didn’t kill my brother,” he said.

The commissioner of police, however, said the suspects would be charged to court as soon as the investigation is completed. 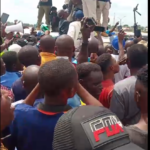 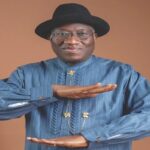 GEJ says he won’t use political power to punish people