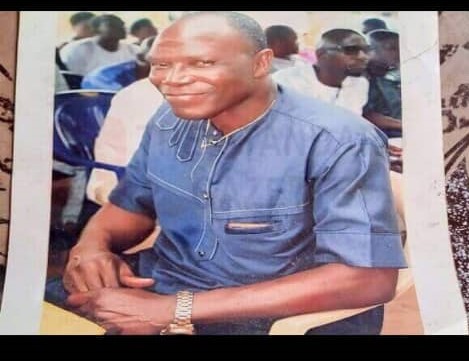 Some suspected hardened gunmen have kidnapped three persons at the National Institute of Construction Technology in Uromi, Edo State.

According to Standard Gazette, among those kidnapped are two students of the institution and staff identified as Miss Uzo of the Environmental Studies department.

The heavy gunmen who stormed the institution in a commando-style around 3 pm on Wednesday had first shot sporadically into the air before gaining access into the school’s main campus along Amedokhian Road Uromi, Edo state.

The gunmen immediately abducted the three persons to an unknown destination.

The situation forced the staff and students of the institution to run for safety.

National Institute for Construction Technology
National Institute for Construction Technology
Some students told Standard Gazette that “we are currently writing our second-semester exam, and the two kidnapped students wrote the examination on Wednesday, and they have more to write on Thursday. Our colleagues just came out of the examination hall when they were just kidnapped inside the campus”.

In a telephone interview, a former Speaker of the Edo state House of Assembly, Hon. Friday Itulah said, “The institution is known for excellence and wondered what made the kidnappers storm the school. I wish to call on the police and other security agents to improve on the security architecture of Esan land “.

Hon. Itulah, a former member of the Federal House of Representatives from Esan North East/South East Federal constituency, urged the people of the locality to always be vigilant.

The Edo State Police Public Relations Officer SP Kontongs said the police would wade into the incident.
Meanwhile a commercial vehicle operator and two other passengers had earlier been kidnapped around Ehor on the Benin-Ekpoma road in Edo state on Tuesday 9th March 2021
The man identified as Ossai Ifeanyi Johnson, who operates in a popular motor park in Benin city, Edo state, was travelling to Igueben with his passengers when they were abducted on the road.

According to Standard Gazette the gunmen suspected to be HERDSMEN suddenly alighted from the bush and opened fire as they spotted the vehicle driving close.

The driver’s attempt to escape his abduction failed as the gunmen overpowered him.

After several hours, the kidnappers then used their victims ‘ phones to be calling all the various family members to demand the sum of 20 million nairas each as ransom.

It was gathered learned that the kidnappers have dropped their ransom demand to N3 million per person.

When contacted, the daughter of the commercial vehicle operator, Miss Udoka Jane Ossaai, who was in tears, told Standard Gazette that “we have been looking for the sum of N3 million to release my father from kidnappers’ den, but we have only been able to raise N350,000”.

“We have no money, and my father is the breadwinner of the house, and l am wondering how we can raise 3 million nairas now. I appeal to the kidnappers to have mercy on the victims”. 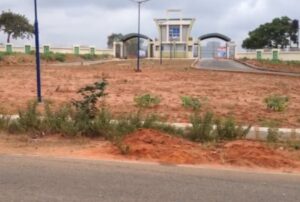 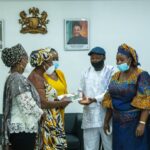 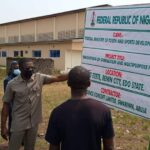 EDSG flays Sports Ministry over claims on the renovation of gymnasium, multipurpose hall