The Executive Director, Foundation for Good Governance and Social Change, Comrade Austine Osakue has described the statement made by the governor of Bauchi State, Bala Mohamed to the effect that herdsmen have the right to own and carry around AK47 rifles for protection of their cow as reckless, provocative, divisive and unbecoming of the status of a governor in a pluralistic society like Nigeria.

At a World Press Conference Held by The Executive Director of the Foundation for Good Governance and Social Change (FGGSC) at the National Secretariat, 145 Ikpoba Slope, Benin City. On Saturday 13th February 2021 comrade Austine Osakue said the statement has the potential of exacerbating the ethnic and religious tension across Nigeria as it elevates the status of cows far and above that of Nigerians thereby opening the floodgates of self-help for Nigerians of other ethnic divides and geographical zones to resort to self-help and arm themselves.

”’ How con one ethnic group constitutes so much threat to the rest of Nigeria? Who are their backers? Why have repeated calls for ranches fallen on deaf ears”

He, therefore, called on the Buhari government to consult the history books as the events of today are exactly the same events that led to the thirty-month civil war between 1967 and 1970 are playing out now.

” Those who fail to learn from history will be forced to repeat it.” 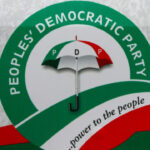 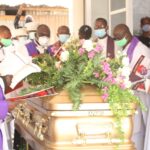