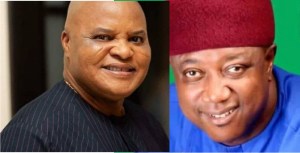 Information reaching us that, Senatori Ararume has lost out in his bid to return to the Senate after the Supreme Court on Friday, February 5, dismissed the appeal he filed challenging the judgment of the Appeal Court sitting in Owerri which reinstated Frank Ibezim as the APC candidate for Imo North Senatorial bye-election.

The Court of Appeal in Owerri had on 4 December 2020 dismissed the judgment of the lower Federal High Court, Owerri which had made consequential orders mandating INEC to replace Ibezim with Ararume as APC candidate.

In a unanimous ruling, the Supreme Court panel presided over by Justice Amina Adamu Augie agreed with the Court of Appeal judgment that the lower court ought not to have made the consequential orders against Ibezim.

By the judgment given on Friday, the Apex court reaffirmed Frank Ibezim as the authentic candidate of the APC in the December 5th 2020 senatorial bye-election held in Imo North. 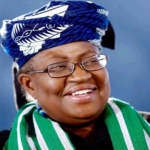