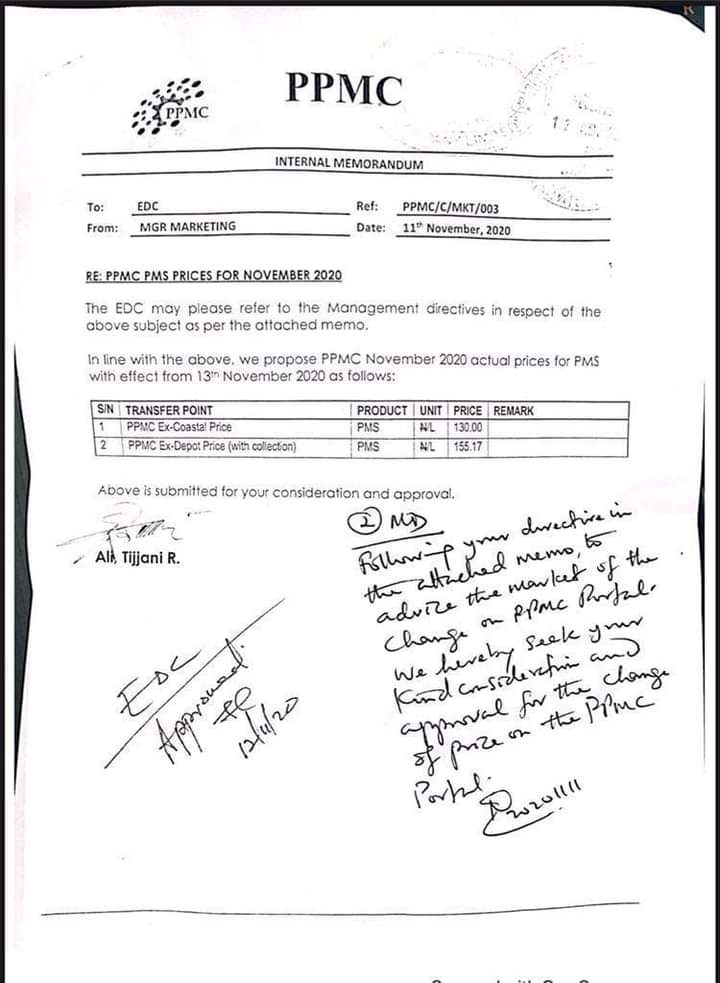 After weeks of speculations,rumors and denials by government agencies it can now  be confirmed that effective from today thirteenth of November,2020 the pump price of premium motor spirit ,petrol will now sell for N170 per liter

The PPMC disclosed this in an internal memo with reference number PPMC/C/MK/003, dated November 11, 2020, and signed by Tijjani Ali , seen by broadtvonline dated November 11, which showed that the new price regime becomes effective on November 13, 2020. 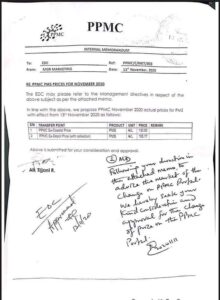 This is because the Petroleum Products Marketing Company (PPMC) has adjusted the ex-depot price of Premium Motor Spirit, also known as petrol, from N147.67 to N155.17

The ex-depot price is the price at which the product is sold by the PPMC to marketers at the depots.

In its PMS price proposal for November, the PPMC put the landing cost of petrol at N128.89 per litre, up from N119.77 per litre in September/October.

It said the estimated minimum pump price of the product would increase to N161.36 per litre from N153.86 per litre.

Following the deregulation of petrol prices in September, marketers across the country adjusted their pump prices to between N158 and N162 per litre to reflect the increase in global oil prices.

The PPMC is a subsidiary of the Nigerian National Petroleum Corporation, NNPC, and currently imports almost all of Nigeria’s petrol.

In the same vein, the ex-depot price without collection shot up from N138 in September and October to N142 in November.

The ex-depot price with collection, which ultimately influences pump price, shot up to N155.17. 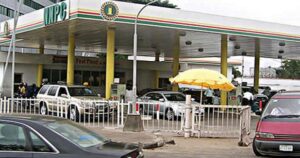 With a retailer margin of N6.19, the PPMC pegged the minimum pump price at N161 in November, from the N153 peg announced for September and October.

By implication, effective November 13, Nigerians may begin to buy fuel from filling stations at prices between N172 and N175, or higher.

In September, the pump price of petrol hit N161 per litre after the government increased the price at which it sells the product to marketers from N138.62 per litre to N147.67.

The development was met with criticisms and outrage among Nigerians as many lamented the bad economic conditions made worse by the price hike.

The government at the time increased the petrol price shortly after power distribution companies announced a hike in electricity tariffs.

Many Nigerians, struggling with the economic realities of COVID-19 disruption, considered the move insensitive

The Minister of State for Petroleum Resources, Timipre Sylva, said in September that the government had stepped back in fixing the price of petrol, adding that market forces and crude oil price would continue to determine the cost of the product. 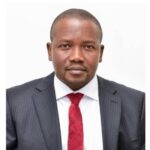 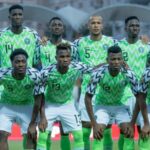