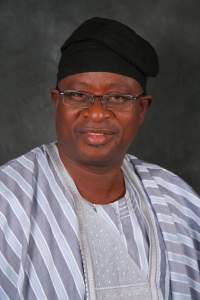 A Federal High Court in the Abuja Division on Wednesday restrained the Inspector General of Police, Mohammed Adamu and the Commissioner of Police, Delta State Command, from arresting and detaining former Minister of Education, Olorogun Kenneth Gbagi in connection with an alleged case of dehumanization involving four persons in Effurun, Delta State.

Hon Justice Taiwo. O. Taiwo made the order in suit No: FHC/ABJ/CS/1267/2020 between Olorogun Kenneth Gbagi being Applicant and the Inspector General of Police and the Delta State Commissioner of Police as the two Respondents.

The Applicant had sought five reliefs from the court, to wit:

An interim order restraining the respondents whether by themselves, their agents, employees or whatever name called from threatening to arrest, and or detain, and or from arresting and detaining the applicant pending the hearing and determination of the Applicant’s application for the enforcement of his fundamental rights.

An order directing the parties to maintain the status quo ante bellum, pending the hearing and determination of the enforcement of the fundamental right of the applicant.

Leave to serve the second respondent (Delta State Commissioner of Police) by substituted means, among others.

The application was filed on behalf of Gbagi by Nkem Okoro Esq and N.W.Nimi Esq of Dynamic Options Chambers.

Apart from the restraining order, the Court also gave the Respondents 14 days to file a response and fixed October 16, for hearing of the case.

In a related development, the IGP in a memo on Tuesday, September 29, in reaction to a call for urgent intervention by Gbagi in a “Case of Extortion, Incitement to Breach Public Peace and Criminal Defamation of Character” directed the Assistant Commissioner of Police, IGP Monitoring Unit, to handle the case.

The memo signed by the Principal Staff Officer to the IGP, DCP Idowu Owonunwa, is referenced: CB: 7000/IGP-SEC/AB/VOL.504/307, and deals with the content of the letter by Gbagi dated September 28, 2020 from Dynamic Option Chamber. 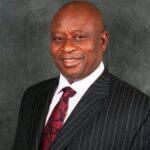 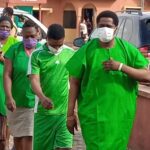