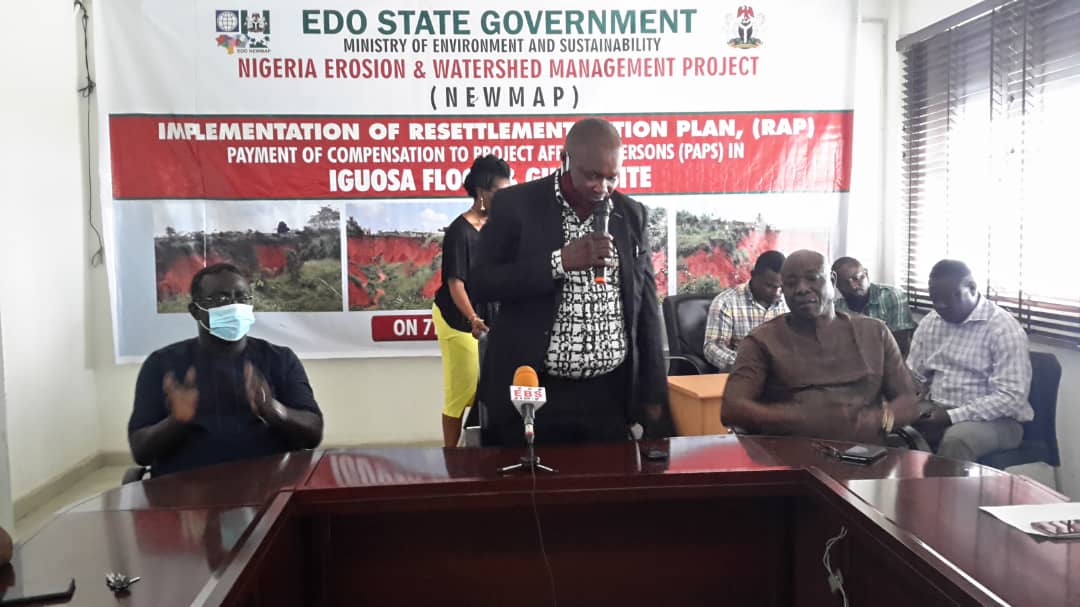 Preparatory to the commencement of civil works in Iguosa Gully Site, the Edo State Government has paid compensation to Project Affected Persons (PAPs) in the community.

The payment, which was carried out under the auspices of the World Bank-assisted Nigeria Erosion and Watershed Management Project (NEWMAP), is in compliance with the World Bank guidelines and global best practices which require that persons whose properties are on the right of way and would be affected by the construction work should be compensated before the commencement of civil works.

Speaking before the presentation of cheques to the beneficiaries, the State Commissioner for Environment and Sustainability, Barrister Alex Oleije explained that the project was informed by the commitment of Governor Godwin Obaseki to alleviating the sufferings of the people, especially the residents of Iguosa who had faced untold hardship on account of the gully devastation.
Barrister Oleije, who is also the Chairman of the State Steering Committee of NEWMAP, charged the community to continue to support the efforts of the State Governor as a way of encouraging him to do more for the people of Iguosa as well as the entire State, stressing that Governor Obaseki was well positioned to accelerate the tempo of development in the Sate through investment in infrastructure. 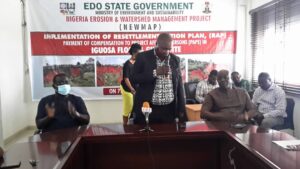 The Commissioner commended the residents of the community and the Project Affected Persons for their patience and cooperation with NEWMAP and enjoined the beneficiaries to utilize the funds religiously and judiciously for their households.

On his part, the Permanent Secretary of the Ministry and Chairman of the State Technical Committee of NEWMAP, Mr. Lucky Wasa commended the State Government under the leadership of Governor Godwin Obaseki for coming to the rescue of Iguosa community. 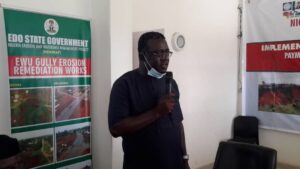 Mr. Wasa described the Iguosa gully project as a reality and called on members of the community to cooperate with the contractors for the speedy completion of the job.

In his remarks at the presentation ceremony, the State Project Coordinator of NEWMAP, Dr. Tom Obaseki disclosed that the presentation of cheques to Project Affected Persons was “the last activity before the bulldozers would move into the community to commence construction work”.

Dr. Obaseki explained that the project was of great concern to the State Governor, Mr. Godwin Obaseki who had to make a special case to the World Bank for the emergency work which would dovetail into the permanent construction work.

He pointed out that the emergency work which is to halt the level of devastation would be completed in three months before the permanent work, adding that the evaluation of the bids for the permanent job had been completed while the contract would soon be awarded.

While stating that what was not done in 10-15 years was being done in a year by the State Government under the leadership of Governor Godwin Obaseki, the NEWMAP Project Coordinator commended the Iguosa community for their cooperation and support towards the effective implementation of the project.

Responding on behalf of the community and the Project Affected Persons, the Chairman of the Iguosa Gully Site Committee, Mr. John Nwangene expressed gratitude to Governor Obaseki for saving lives and properties in the community. 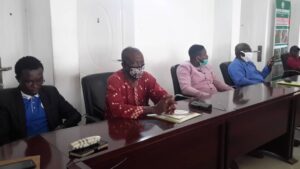 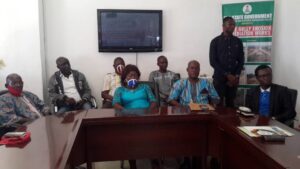 A CROSS SECTION OF MEMBERS OF IGUOSA COMMUNITY

Mr. Nwagene explained that the residents of Iguosa Housing Estate who are mainly retired public servants would remain forever grateful to the Governor for taking it upon himself for the actualization of the project which had “gone beyond everybody’s comprehension”.

The Iguosa Flood and Gully Erosion Remediation Works is one of the 12 sites where construction work is on-going by the Nigeria Erosion and Watershed Management Project (NEWMAP) in Edo State; which had before now successfully delivered the gully projects in Oshiobugie-Auchi in Etsako West LGA as well as in Queen Ede and Ekehuan, both in Benin City.

The Edo State Government has so far spent over N2 Billion for payment of compensation to Project Affected Persons in NEWMAP sites across the State.

A case for media literacy! 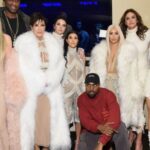