The US Embassy Condemns Execution of 5 Aid Workers by Boko Haram. 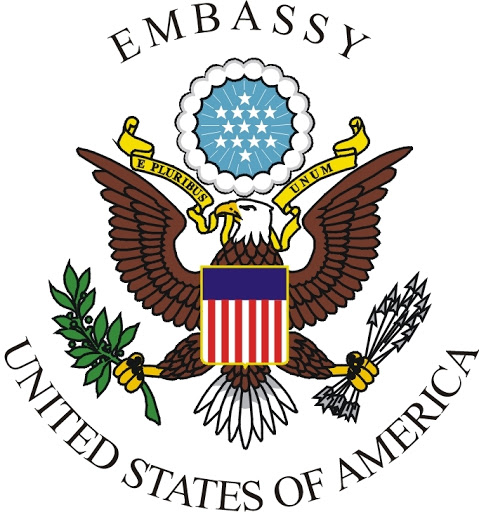 In a statement made available to journalists, the Embassy explained that this came as a backdrop of deteriorating conditions for millions of Nigerians. According to the statement,  ” These brave individual dedicated their lives to easing human suffering.  We hope that their families and colleagues can take comfort in their selfless sacrifices on behalf of others. ” We will remember their dedication to others

“It is with profound grief that we confirm the murder of Ishaku Yakubu, Action Against Hunger (ACF) staff member from Monguno, and four other aid workers,” the French-based aid group said.

“This unjustifiable killing reflects the immense difficulty faced by independent and impartial humanitarian actors, and the violence we are exposed to every day to fulfil our mission,” ACF said.

Also, Aid group International Rescue Committee (IRC) confirmed that one of its employees was also among those killed. “The IRC strongly condemns the senseless execution of our colleague, Luka Filibus, and his fellow humanitarian captives,” it said. “We condemn this barbaric treatment and demand the immediate return of his remains to his family.

” Humanitarian workers have been repeatedly targeted by jihadist groups waging a decade-long insurgency in northeast Nigeria.

Meanwhile The United Nation (UN) Humanitarian Coordinator in Nigeria, Mr Edward Kallon, has also condemned the killing of five aid workers by Boko Haram insurgents in Borno. Kallon, in a statement released in Maiduguri, said he was utterly shocked and horrified by the gruesome killing of some of his colleagues and partners by non-state armed groups in Borno State

“Security agencies in the state will work closely with their organisations to implement measures to ensure that no such kidnapping of staff occurs again,” a statement from the presidency said.

The 10-year conflict in northeast Nigeria has killed 36,000 people and displaced about two million from their homes. Last year fighters from the Islamic State West Africa Province (ISWAP) faction abducted a group of six humanitarian workers — including a female ACF employee — in the region. Five of the hostages were later executed and the ACF worker remains in captivity. ISWAP splintered from jihadist group Boko Haram in 2016 and swore allegiance to then IS leader Abu Bakr al-Baghdadi. Aid groups provide a vital lifeline for some 7.9 million people who the United Nations says are in need of urgent assistance in the region. 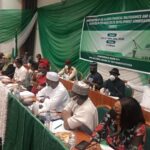 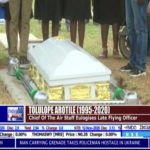